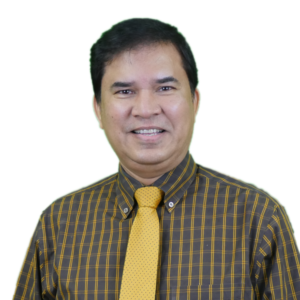 Dr. Kazi was born and raised in Karachi Pakistan. When he was 26 years old, he moved to Chicago Illinois.

Dr. Kazi attended the University of Karachi, Medical School, and did his Fellowship at Loyola University Medical Center. Nadeem as talked into coming to Casa Grande for a year with a friend in 1997, and has been here ever since.

During Medical School Dr. Kazi was heading in the path of becoming a Cardiologist.  During his school, his mom was diagnosed with, and unfortunately passed away from Colon Cancer. It was at that point that his very personal story changed his path. He then pursued becoming a Gastroenterologist, he could help patients and families live a healthy life.

Dr. Kazi has been married for 29 years to Shani Kazi, and has two sons. One of their sons is attending ASU and enrolled in the Global Business Program, and has worked for Charles Scwab, and Van Guard. Their second son is also attending ASU, and pursuing a career as a Pediatrician.

Dr. Kazi is passionate about helping and being an advocate for the underserved population, in his community. He is also a strong advocate on the political platform standing up for what is right for the patient. He is very active in the Arizona Medical Association, and the Pinal County Medical Society.

Dr. Kazi love music, and dance. With his life in Pakistan, he feels that he is able to live in any situation under any circumstances, with any group of people.

When Dr. Kazi was asked why he agreed to dance in this event, he said it was easy. Anything that has to do with educating Boys & Girls he is big advocate for.

Growing up in a family of doctors, he knew he was destined for the same path. Hearing patient stories at the table was just the norm in his family, so he had no other option than following in his family’s footsteps.

One of his favorite stories from his career was a story about a 37-year-old man. This patient was a young, hard working individual that had been diagnosed with pancreatic Cancer. This young man had just been hired by a new company, and finally had health insurance. The disease had progressed, and he has a major obstruction, and was unable to eat. This gentleman’s final wish was to be able to go home to Puerto Rico to die, but also to have the ability to eat again. Dr. Kazi went out on a quest to find an answer, and decided to place a stent into the blockage. This particular procedure was successful, the patient was able to go home, and lived and was able to eat for six weeks. 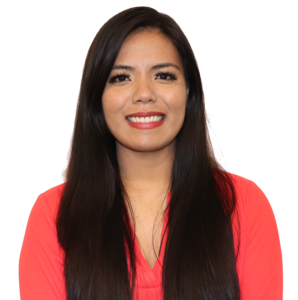 Karen started dancing when she was three years old. Her parents could see she had a lot of energy because she was always flitting and twirling around the house whenever music was playing. Sometimes you would see Karen just dance to the tune stuck in her head.

Later, Karen’s parents enrolled her at The Studio, A School of Dance owned by Chaille Martin. She began with a Hip-Hop class, taught by dance instructor Marsha Hindman. That was really beginning of her formal dance training.

Karen taught hip hop for Chaille Martin/The Studio, for two years. Then I worked for an airline as a flight attendant for two years.  After traveling to many interesting places, she became an Operations Coordinator for Crown Castle and have been there almost two years. She enjoys using her CAD and drawing skills to help with the blueprints. Karen’s main job is handling the Purchase Orders and processing Invoices as well as setting up meetings for Construction.

Karen is the oldest of three siblings. Her family is comprised of her mom Joy, step-dad Bob Laba, sister Sarah, brother Andrew and domestic partner, Josh. They have two cats, DJ (an orange tabby) and Sid, (a Manecoon with black and white spots).

Karen love to draw, watch scary and dramatic movies and T.V shows with Josh. She also loves to workout, typically from dancing, hiking, or walking, and loves to play the violin. She played with the Symphony group CAC last semester and hopes to join them again in the fall.